The map itself was part of an intelligence report filed by the Lipa-based guerrilla group on 23 February 1945. At this time, while the United States Eighth Army had already landed on the beaches of Nasugbu in western Batangas, American troops were still occupied supporting the Sixth Army liberate the capital city of Manila from Japanese occupation.

It is unknown if the map below ever reached the hands of the military planners of the United States Army, but while but a rough sketch and apparently not scaled, the information it provided would have been useful when the liberation of Batangas commenced in March of 1945.

Freeing Batangas of the Japanese Imperial Army would entail a two-pronged pincer attack by the United States Army, one arm of which would leave Nasugbu and pass through Balayan, Calaca, Taal, Bauan, Batangas, Alitagtag and Cuenca; while the other would pass through Tagaytay, Tanauan, Santo Tomas and Malvar.

The two arms of the pincer would have closed at the then-town of Lipa. Hence, the value of the information provided by the map below becomes apparent.

MAPS OF ROADS AND TRAILS TO THE JAPANESE AREA, MT. MALARAYAT 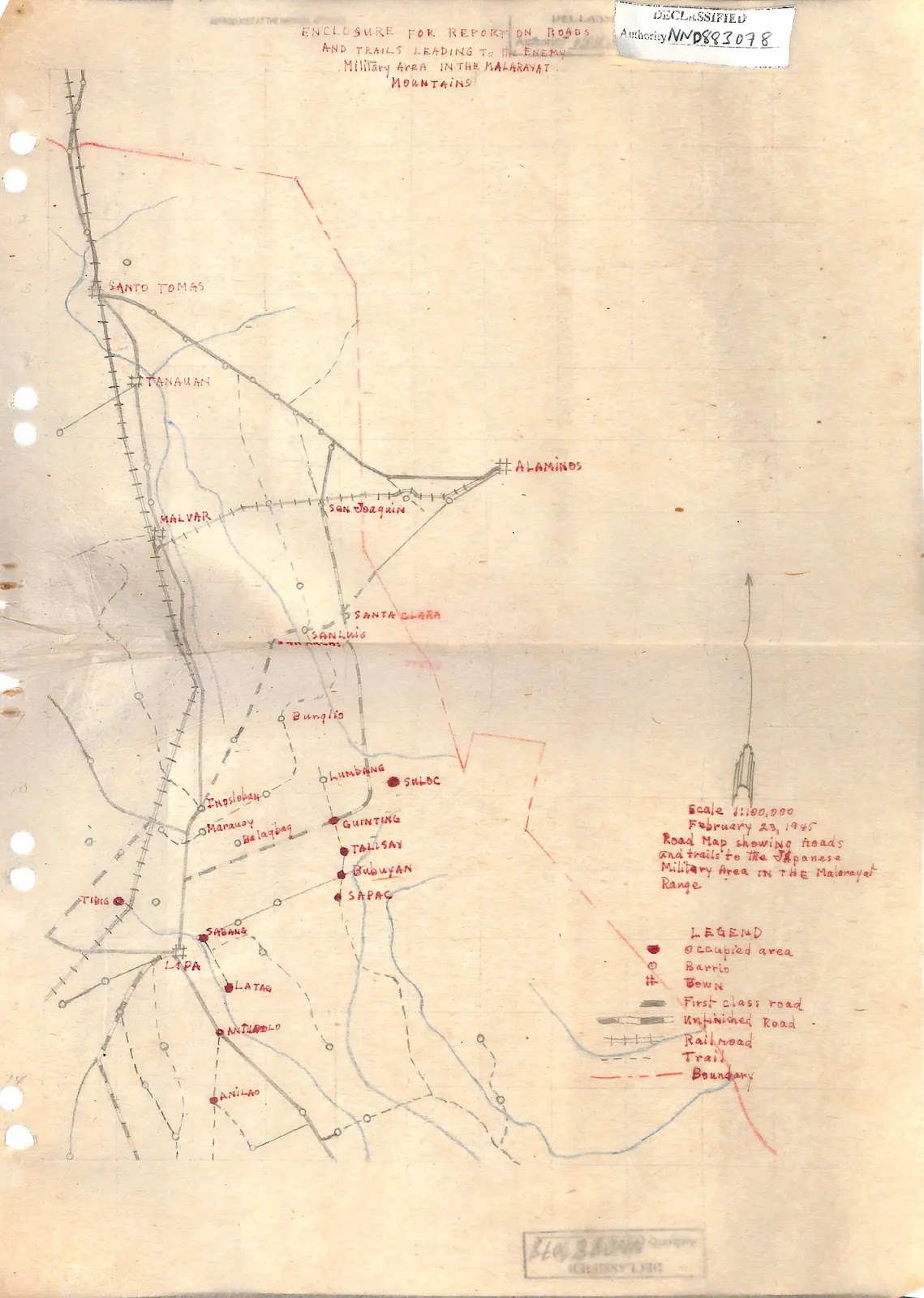