Henry Otley-Beyer Collection Batangas-Related Papers - Batangas History, Culture and Folklore Henry Otley-Beyer Collection Batangas-Related Papers - Batangas History, Culture and Folklore
Henry Otley Beyer was an American anthropologist who spent a lot of time in the Philippines working as an ethnologist with the Bureau of Science and also at the Philippine Museum. He would also become the University of the Philippines' first professor and head of the university's Anthropology Department. It was while there that he accumulated an extensive set of ethnographic papers written by students which would later be turned over to the National Library of the Philippines (NLP). The latter subsequently digitized these papers but without OCR (optical character recognition) properties, unlike those scanned by international universities where digital documents are made available in both graphic and text formats. To make life easier for researchers, therefore, Batangas History has taken the liberty of transcribing these and making them available through the links below. A few of the articles available at the Otley-Beyer collection at the NLP are difficult to read even for human eyes and have, therefore, been left out. 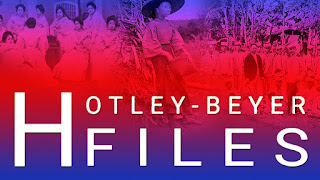 To read more about Henry Otley-Beyer, please refer to this Wikipedia article.

To see the original papers in jpeg and pdf formats, visit the H. Otley-Beyer Collection of the NLP.

FROM THE HENRY OTLEY-BEYER ETHNOGRAPHIC COLLECTION