Original Caption: Bailey bridge over Pansipit River (which separates Lemery from the town of Taal) on Highway #17 between Lemery and Toad (this is obviously Taal, badly transcribed by a United States Army Clerk), Luzon, P.I. (for Philippine Islands)

A Bailey bridge was a makeshift bridge used by military engineers in World War II because these were quick to install especially during the movement of forces. This bridge in question was in most likelihood being installed in March of 1945 when the United States Army moved out of Nasugbu to commence the liberation of Batangas. 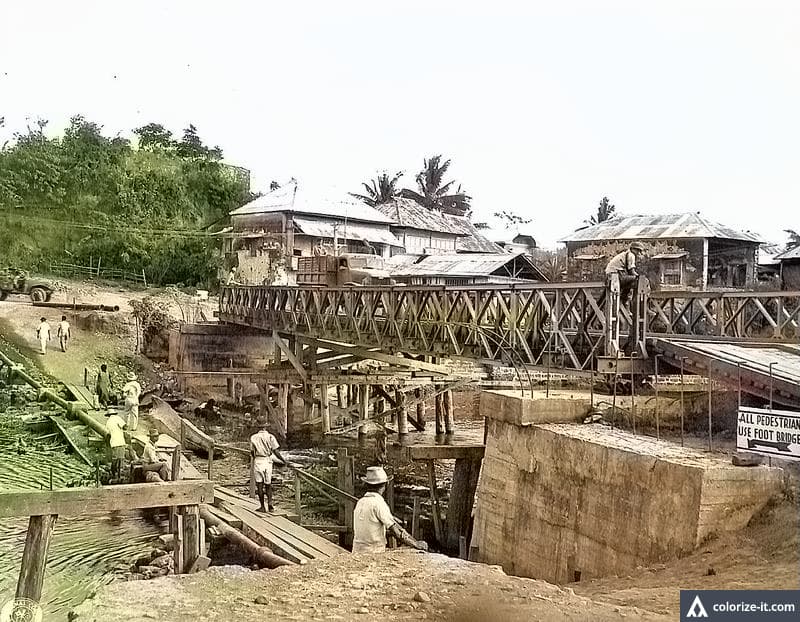