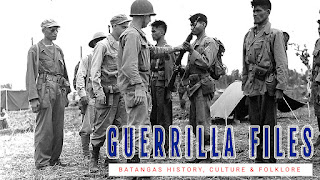 This will acknowledge receipt of your letter, dated 24 April 1947, in which you request reconsideration of the unfavorable decision rendered by this headquarters on 3 March 1947 with regard to the recognition of the General Headquarters, Batangas Force, FAIT.
It is the desire of this headquarters to avoid all appearance of arbitrary decisions in the case of claimant guerrilla units. Your request for reconsideration is, therefore, accepted. It must be emphasized, however, that it would be extremely helpful if you were to forward as quickly as possible such additional documentary evidence as has not been submitted previously and which, you feel, reflects favorably upon your claim. Such additional data should be original documents, or photostatic copies of the original documents, or true copies of the original documents, certified by United States Army officers of field grade on duty with the Guerrilla Affairs Division, G-3 Section, of this headquarters.
Your request for reconsideration will be placed on file in this headquarters to await appropriate action at the earliest practicable time. However, a considerable delay is to be expected before a final decision can be reached on your organization since many claimant guerrilla units remain to be investigated initially and review of rejected units must necessarily follow them.
The additional evidence submitted with your letter of 24 April 1947 will be placed in the file of your unit to await proper evaluation of such time as the unit is restudied.
Sincerely,
[Name of signatory not provided.]

1 “GHQ, Batangas Force, FAIT,” File No. 110-3, downloaded from PVAO.
🙏 Kindly consider sharing this article on your social media accounts to keep this site free for students and lovers of Batangas History.

If you wish to make a donation to Batangas History, click on the Donate button below: